Memphis Massacre Symposium at U of M

“Memories of a Massacre: Memphis in 1866, a Symposium Exploring Slavery, Emancipation, and Reconstruction.” will be held at the University of Memphis May 20-21.

The Symposium is the culmination of a semester-long project examining this long-ignored event that rattled Reconstruction-era Memphis in May 1866. The first large-scale racial massacre to erupt in the post-Civil War South, the massacre in Memphis played a key role in prompting Congress to enact sweeping changes to federal policies and to constitutional law. It also lent a new urgency to an ongoing national debate about the meaning of freedom and the rights of citizens. It was a massacre of historic proportions, one that helped lay the ground for who we are today as a nation.

In this interview, Drs. Beverly Bond and Susan O'Donovan of the University of Memphis History Dept.  discuss the massacre, this project, and the upcoming symposium.

The symposium will be held in the main theater at the University of Memphis’s University Center. The University Center is handicapped accessible, and adjacent to the main campus parking garage. All the sessions and the keynote address will be free and open to the public, and each session will include ample opportunity for the audience to engage in conversation with the scholar presenters.

For information about the project and the Symposium, memphis.edu/memphis-massacre/ 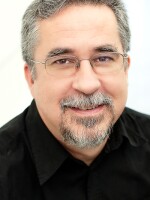