It’s time for The Memphis in May World Championship Barbecue Cooking Contest.

But don't head downtown to Tom Lee Park as normal. This year's event will be held at the Fairgrounds in Liberty Park in Midtown Memphis.

The World Championship Barbecue Cooking Contest will be located at the Memphis Fairgrounds for 2022 only. Memphis in May organizers say they will be back on the banks of the Mississippi River in 2023.

There are several first-come, first-served parking lots operated by the City of Memphis next to the Fairgrounds at Liberty Park. The daily fee is $20.

Unfortunately, teams cannot sell food to festival attendees, but that doesn’t mean you can’t get a taste of championship barbecue.

Insiders know, a ticket to the Kingsford Tour of Champions allows you to get to taste and judge barbecue from several of the teams competing. Tickets must be purchased in advance, and they do sell out.

The cooking contest is open to the public Wednesday through Saturday. Wednesday and Thursday nights tend to be a little less crowded than Friday nights. And … Ms. Piggy Idol at 6 p.m. on Thursday is always a highlight.

Only attendees with advance purchase tickets are guaranteed admission if the park reaches capacity.

This is Jennifer Chandler with The Weekly Dish. Bon Appetit! 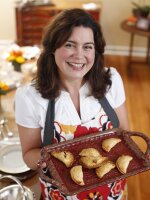