As Demolition Nears, Preservationists Gear Up To Save Clarendon Bridge 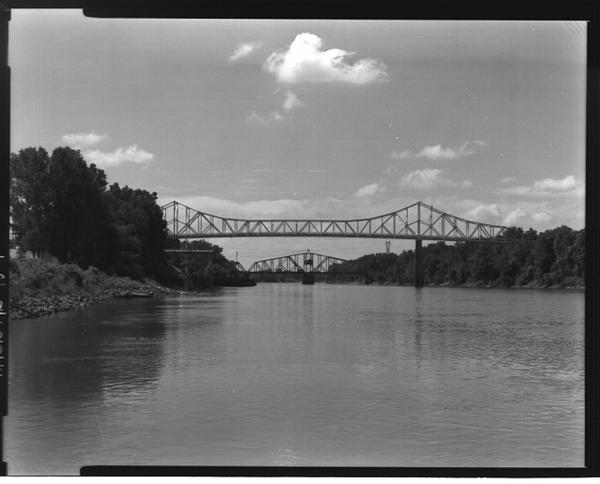 A historic bridge near Clarendon is scheduled for demolition soon as the state Highway and Transportation Department is replacing it with a newer span. However, a group of citizens hopes to turn the old bridge into a pedestrian and cycling thoroughfare they say would be an economic boon for the region.

This weekend, a group of cyclists is planning a 60-mile ride from the city of Scott to the bridge in Clarendon.

“There's a lot of riders in Memphis and I think many of them would like to come to Little Rock and farther west if that route was convenient for them,”said Jim Mitt of the Arkansas Bicycling Club. He said saving the bridge, which was built in 1931 and connects US Highway 79, is part of a larger project to create a national bike route between Little Rock and Memphis.

Mitt says Clarendon is a good resting place for cyclists.

“A lot of that out there is very remote. So Clarendon has got the advantage of being a nice little town to resupply. You know a lot that Delta has very few towns or support along the way.”

Porter Briggs, a Little Rock businessman, is a member of the group “Save the White River Bridge,” which is mostly comprised of Monroe county residents. He says the area has struggled for many years to remain economically viable. 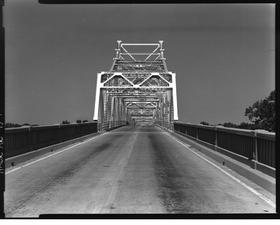 “The Delta has been in decline for seven decades, almost entirely because of the mechanization of agriculture,”he said. “And we believe the problem in the Delta is that the efforts that have been made—which are certainly noble—have mostly been government and they're just too tied down by so many rules and requirements...and I don't say that critically of the people, but we want this to be an entirely private effort.”

A private group taking over a bridge is quite unprecedented in Arkansas. Typically, preservation of historic bridges is taken up by county or city governments. But Briggs says Clarendon and Monroe County don't have the resources or tax base to do that.

Robert Scoggin, a historian with the state Highway and Transportation Department, has been preserving historic bridges for the past fifteen years.

“We've saved a lot and we've lost a lot over the years. And the thing I've found, even with any group—not just this one—but if you have a group that does want one, it's because it's local,” he said “Everybody's got a feeling from that bridge. Something happened on that bridge when they were younger. Somebody in their family did something on that bridge. If nothing else, they grew up seeing that bridge everyday.” Scoggin says the Highway department's plans to replace the Clarendon bridge have been in place for several years. He says the bridge is structurally sound. But Scoggin says the “Save the White River Bridge” group is a little late to the conversation.

“The problem with this is is that we're at the end of the process. We've gone through all of our environmental documentation and it took years to do the documentation for this,” he said.

The western approach of the bridge straddles the Cache River National Wildlife Refuge near the confluence of the Cache and White rivers. Federal law requires structures to have a minimal impact to the flood plains of rivers. Structures must be conducive to hydrological flow. And the Fish and Wildlife Service must be assured there would be no net loss of refuge acreage with new construction. The highway department has worked for years to meet these guidelines. Now some at the department call the recent effort to save the bridge “a Herculean task.”

That's why Porter Briggs says the “Save the White River Bridge” coalition is consulting with the Arkansas-based Ecological Design Group, Inc.

“We hired them to create a plan for us to preserve the bridge to build tourism for hiking, biking, bird-watching and water-trailing,”

Briggs says the Electric Cooperatives of Arkansas donated 25,000 dollars to fund the study. He says the area around Clarendon would benefit economically from the tourism industry that would spring around the bridge. If the group manages to win control of the bridge, he says they would need to raise 4 million dollars for an endowment to ensure its continued maintenance. For now, Governor Asa Hutchinson has postponed the bridge's demolition until October 31st in case a plan can be worked out.