As Black History Month begins, did you know that the University of West Tennessee College of Physicians and Surgeons was a Black medical school that existed in Memphis from 1907 to 1923?

It was started by Dr. Miles Vandahurst Lynk, who also founded the National Medical Association, a parallel organization to the AMA. The school graduated 155 African American physicians whose practice was based at small hospitals, such as Collins Chapel and Mercy Hospital here in Memphis. The school was forced to close as a result of the Flexner Report, which concluded that America did not need medical schools focused on training African Americans. As a result, no new African American physicians graduated in Memphis until the late 1960s. Students from Memphis went to Howard in Washington, D.C. or Meharry in Nashville and never returned home. Thankfully, Meharry Medical School and the University of Tennessee are working to change that reality, but we in Memphis should hold up the work of Dr. Lynk and those he trained during the time of Jim Crow in the Mid-South.

This is Dr. Scott Morris for Church Health. 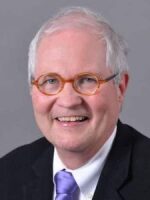 G. Scott Morris, MD, MDiv
Dr. G. Scott Morris, M.D., M.Div, is founder and CEO of Church Health, which opened in 1987 to provide quality, affordable health care for working, uninsured or underserved people and their families. In FY2021, Church Health had over 61,300 patient visits. Dr. Morris has an undergraduate degree from the University of Virginia, a Master of Divinity degree from Yale University, and M.D. from Emory University. He is a board-certified family practice physician and an ordained United Methodist minister.
See stories by G. Scott Morris, MD, MDiv