About 54,000 Shelby County voters made it to the polls in person on Election Day?far fewer those who came out during the two weeks of early voting. Still, the total number of all voters?nearly 383,000?kept the Shelby County Election Commission busy on Tuesday with a record number of absentee ballots.

“Given the amount of paper we were given today, I think it’s a major miracle,” said Election Administrator, Linda Phillips, who predicted the absentee ballots would be processed and scanned by 8 p.m. Tuesday.

According to Phillips, 20,000 ballots had already been scanned by 6:30 p.m. thanks to four high-speed scanners from the state, and a venue full of 200 bipartisan volunteers.

“It actually went really well,” said Phillips. “It was well organized. We had a good plan and a lot of people.”

Once the absentee ballots at the FedexForum were scanned, their results were saved on memory drives. Then they, like the ballots of all the precincts in the county, were given a police escort to the Election Commision office on Nixon Drive. There, they were uploaded and officially counted in mere minutes by machines.

Officials originally thought it could take up to midnight to count all the ballots, but Election Commissioner Bennie Smith said that overall, the process went smoothly.

“We obviously have room for improvement, but they did a stellar job with how they processed it,” said Smith.

He also said that although the commission may implement different voting methods in the future, the process used for this year’s ballots may be the right one to stick with. 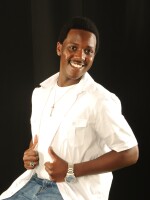 Caleb J. Suggs
It all started in 7th grade when my voice got low…real low. So low, that if a teacher wasn’t looking, they’d swear it was an administrator asking them about last night’s homework. So low that I got to be the only Bass 2 in middle school choir and got to play all the manliest roles in high school theatre. From early on, people always told me I had a voice for radio. Who knew what they were speaking into existence?
See stories by Caleb J. Suggs